Sunday, January 6, 2019 Lifestyle, Love couple stories, eastern europe girls, estonian girlfriend, how to know he is serious about me, how to know it is a true love 0

The story of Jasmin and Youngmin

Jasmin and Youngmin met on an App called Meeff. She is Estonian and grew up in Germany, and he is Korean and moved in 2017 to Germany. After texting a few times via social media in March 2018, they chose to meet each other nearly two weeks after getting to know each other. The chemistry between them was perfect from the beginning, although they have a quite big age gap. They quickly became a couple after Youngmin asked Jasmin to be his girlfriend on 29.06.2018. In January 2019 they got engaged! Congratulations! 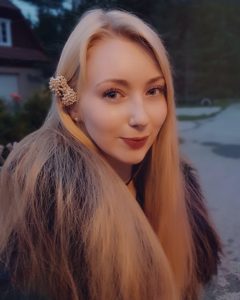 I already figured out that it’s love at the first sight. When we first met, we had an unusual date. He drove 150 kilometres to meet me, picked me up from my house and we went to a restaurant to eat burgers. But the main plan was to go to a lake near me, and float on it in a boat, and of course, swim. We spent around 5 hours on the lake, until he dropped me off at home. In the end, we spent around 3 more hours in the car, just chatting, until I really had to leave. That’s when we had our first kiss. It is still overwhelming for me, when I think about how well we got along, and still do. It was like I found my missing piece. I never felt that many butterflies in my stomach before.

A big deal breaker would be, if he turned out to be aggressive, a heavy drinker/smoker, a liar and cheater, or really lazy as in never leaving the house and not even having the intention to leave it and do something. But luckily, that’s not the case…

I figured out, that we want the same things in life. We already talked about our future plans and were on the same page. We both want to marry and have kids, pets, a house with a big garden and so on. All in all, to have the stereotypical dream of a family. At least in Germany, it is rare to find that kind of people.

I had a cultural shock when He…

I’m not sure if it has to do with his culture or not, but I felt uncomfortable when he kind of just touched my face without asking me. I don’t mean the “petting the face”-type of touching but the kind of “wiping things off my face” one. For example, when I had eyeshadow-dust or something in my face, he just wet his finger and removed it lol. Or also, that he wanted to cut my fingernails by himself. It was also kind of funny for me at first, but now I’m used to it. I just felt like a small child when he did that. 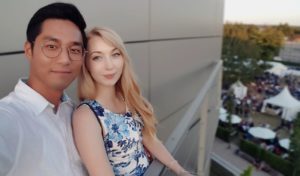 I looove his positivity! I tend to have negative thoughts when something isn’t working out as I planned. If it happens to be the case, he cheers me up and influences me with his positivity. I feel how it affects me in my daily life, so when I’m not with him, I think “what would Youngmin do or say”.

The second thing that I love about him is, that he is honest to me about his thoughts and feelings. There are people, who keep these things to themselves, but he tells me whats on his mind, so we can work on it together.

The biggest misconception about His country and culture was..

A friend of mine once told me, that many Asian parents put pressure on their children to marry quickly. So having that in my mind I thought, that since he is the only son and already in his thirties, his parents maybe would put pressure on him, to marry (me) quickly. But I’m lucky that this is not the case. His parents are very nice and not like that at all, and even though I haven’t met them in person, I really love them, and they like me too.

That he introduced me to his family not even after two weeks we started dating. It showed me, that he is quite serious about our relationship.
Since we both live in Germany, he could have just kept it as a secret if he wanted to play around, just like another (Korean) guy did to my dear friend, turned out he just used her. But yeah, it’s not that case and here we are. Happily together, thinking about a future together, and already seeing us as a family.

That I am able to really love someone from all my heart. To be honest, I never felt this way before. Everytime I look at Youngmin, I feel very lucky to have found him. I cannot even explain the feeling that my body makes me feel. It’s like having millions and millions of butterflies in my stomach, and at the same time, my heart feels really warm.
I also learnt, that I can rely on him, no matter what happens. Before our relationship I used to be the “lone wolf”-type, so I never really trusted anyone but my family.

If there is a piece of advice I could give to my fellow Western girlfriends who are into the AMWF relationships that would be..

Don’t just think of your partner as an Asian person. First of all it doesn’t matter, what kind of relationship you’re in. Be with someone who makes you happy, and be to your significant other, like you wan’t him to be to you. If you cry a lot because of your partner, then think about letting go, no matter how long you’ve been together.

Learn about your partners culture! It is helping you a lot to solve some problems, for example if you’re having discussions because of certain kinds of behaviours. Lets just take kissing in front of elders as an example. In western cultures, it’s not a big deal, but for many Asian cultures (of course not only Asian ones) it is disrespectful.

The second thing would be, learn the language of your partner! Or at least a little bit. Even though it takes time, you should try it at least. It also helps to break the language barrier, which can be often a problem, especially if there are some misunderstandings between you. 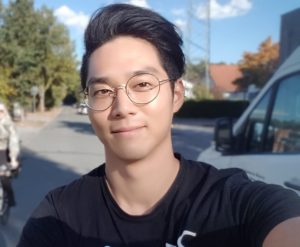 It was on my company’s summer party in June, when we were on a walk and the stars already shined.
Because we just met and knew each other less than a month, she answered me that it’s a bit early for her to begin a relationship, but I was (and still am) very sure that she is the right woman for me, the one who I was looking for and the one who I didn’t want to lose.
We still have the photo of the day, I in a semi suit and she in a beautiful dress.

I figured out that she is not just a gold digger. Since I am 12 years older than her, I was afraid that she might be a gold digger and that it would be the only reason she wanted to meet me, but she proved me wrong.
On our first date, she paid for her meal herself, and wanted to stay with me even my car is not a Porsche or Ferrari. I don’t have a big house, and I’m not much taller than her. But she didn’t complain at all and took me like I am.

I had a cultural shock when She….

Just ate a big scoop of sour cream with a spoon. I already knew that eastern-europeans eat a lot of sour cream, but I’ve never seen someone eat it like that and also not that much.

I really love that she is smiling a lot. She is nearly always smiling when we are together. It makes me feel happy too.Also, she always tries to help me when there is some kind of trouble, and when I’m unhappy or sad, she cheers me up. She makes me feel real love, and that I am dating the correct woman for me.
Last but not least…I love, that she loves me for who I am.
Because I’m not very tall, not very handsome, not very young and not a very rich person, I asked her about me several times and why she chose me as her partner. Yet her answer is always “I love you because you are you”.

Actually, there was no misconception, because I had no idea about her country and her culture. I only knew the name of the country of her origin.

We both like to be active and to RIDE. She likes to ride horses, and together we like riding a bicycle and riding a motorcycle.
Also, we both like to sing (duets) in the car. Wherever we drive together, and whoever is sitting also in the car, we’re singing together to our favorite songs. And another thing is, when I ask her to pose for me to photograph her, she sometimes refuses it first but then poses for me and starts to enjoy the small photo session.

Sometimes make fun of her (most of time accidentally). When we are just two of us, it’s not a problem but when we are with other people, she really hates it and gets upset about it.

That I shouldn’t lie to others, especially not to her, because the truth will be exposed sooner or later anyway. I learnt that whatever it is, and how serious the problem is, I should be honest and fix it together with Jasmin. 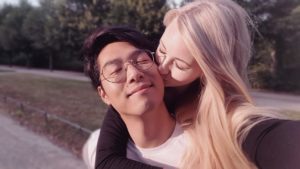 Try and give your best to have a good communication with your partner. Communication is very important, if not the most important thing. For that, you surely should learn the language of your partner. Language is not just a way to communicate, but also a way to understand the culture. Jasmine’s mother tongues are Estonian and German and my mother tongue is Korean. Surely we could just communicate in English also, but we don’t, because I don’t want it. That’s why I am learning German and trying to learn Estonian, and she is learning Korean.
Additionally, do not hesitate to ask again, if you didn’t get what she said because of the language difference.
When you try to understand her more, she will be even more in love with you. 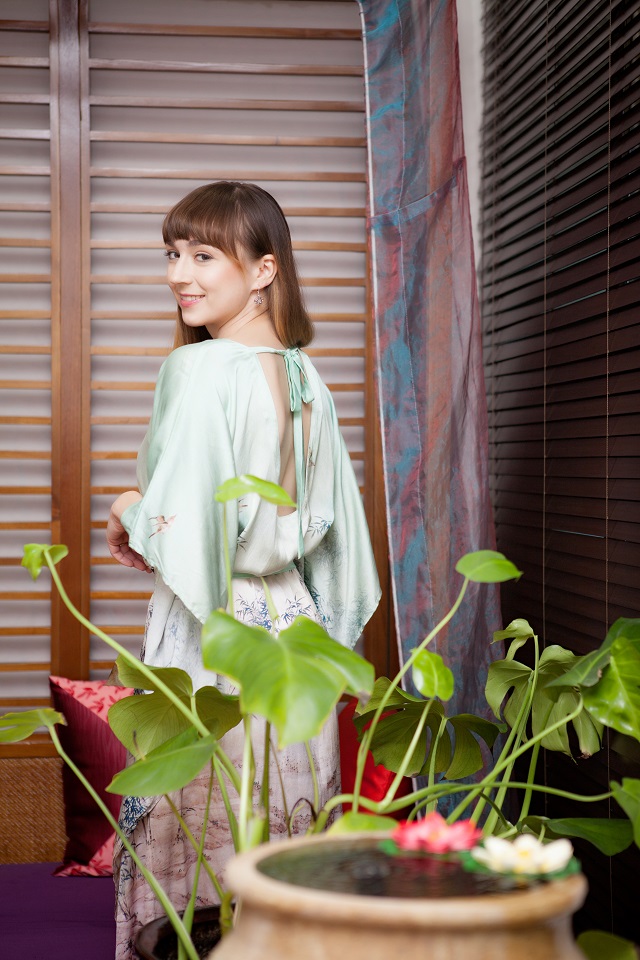 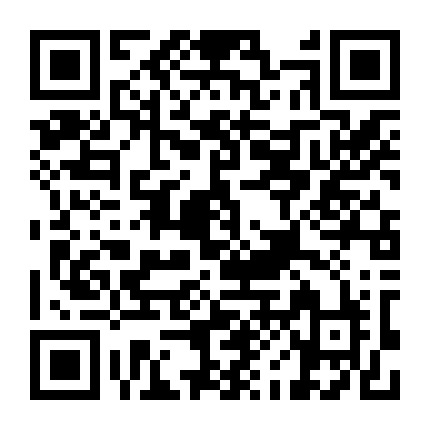